Yesterday I bought the Super Deluxe Package for The Early November’s upcoming release of their reunion album, In Currents, out July 3rd. I wasn’t entirely sure if I wanted to spend the $90+ for the bundle but I decided to get it in the end since they are my favorite band.

If you’re interested, this particular bundle includes a limited edition signed photo book (with vinyl copy of the album), CD/DVD combo, digital copy of the album, silkscreen poster, promo poster, t-shirt, and 2 tickets to one of the shows on their tour with The Wonder Years, The Swellers, and Young Statues. There are other bundles with tickets or without tickets if you’d like to pre-order before they officially go on sale. If you’re a fan of the band, odds are you already knew about this, but if you’ve never heard of The Early November I urge you to go out and buy at least one of their albums (which are available on iTunes)

Back in November my father and I attended one of the reunion shows where they announced that they would be recording this album. Actually, my dad was the one who brought it to my attention that the merchandise and tickets were available for preorder yesterday. I can barely contain my excitement about this album and tour. I’m also really thrilled to be seeing Young Statues for a second time. Are any of you going to go? 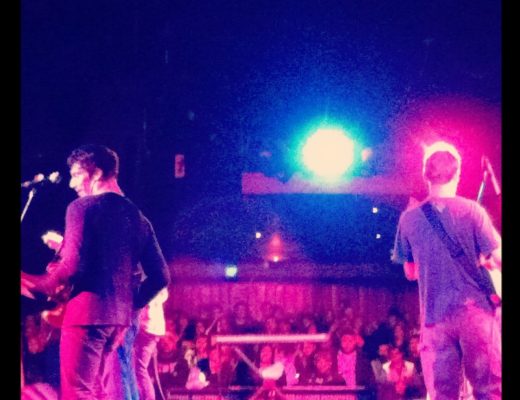 Last night my father and I drove to the Starland Ballroom in Sayreville, NJ for a show by The Early November on their Reunion Tour. When I was younger one of my Canadian friends, Candie Chan, created a layout…