For those of you that don’t know me that well, I am a big fan of CBS’ reality show, Big Brother. Though I’ve only been following the series since season four (I rooted for Erika), I have been borderline obsessed with the show since then. Generally, I watch with my father, and we’ve even had intense discussions and arguments over the various HouseGuests and twists. We don’t always root for the same HouseGuests, and for the past few seasons we haven’t seen eye-to-eye.

Spoiler Alert If you haven’t seen last night’s episode, you might not want to read the rest of this post.

This season, Big Brother’s 14th, we haven’t really been able to form any real opinions on most of the HouseGuests because the majority of the episodes so far have been focusing on this season’s main twist. In addition to the 12 HouseGuests playing the game this season, four HouseGuests from past seasons are returning to the Big Brother house to coach the 12 new people. These coaches are playing for a prize, separate from the $500,000 the HouseGuests are trying to win. If a player on their team wins the season, the coach will receive their own prize.

I’m still not sure about this twist. I think that, in a lot of ways, it could be refreshing to have players in the game get advice they may not have gotten otherwise. On the other hand, there’s definitely already that sense that the coaches are acting as the Head of Household (a power received from winning a weekly competition, each HOH must nominate two fellow HouseGuests for eviction) rather than a coach.

I really don’t like Mike “Boogie” at all, and I don’t think he’s a very strong player by any means. In both seasons that he played for the $500,000 prize, he rode on the coattails of his friend in the house, Dr. Will. Personally, I believe he’s conceited and though he won one season, I feel he knows that it wasn’t merited. I found it absolutely hysterical that the other coaches, Janelle and Britney, teamed up and used his own actions against him and clued Dan (the fourth coach) in on Boogie’s games. This week, if the coaches were actual players, Boogie definitely would have been backdoored. For those of you new to Big Brother, “backdooring” is when one HouseGuest is not nominated for eviction by the HOH, and after the Veto ceremony is named as a replacement nominee (and therefore given little to no chance to fight for themselves to stay in the game).

Like I mentioned, it’s still a little early in the season to know who you’ll be rooting for throughout the season. However, as of right now, I have my eyes set on Ian (Boogie’s team) and JoJo (Britney’s team). Ian seems like he has the right mixture of insanity and smart game play – but I’m so frustrated that Boogie chose him for his team. My other favorite HouseGuest so far, JoJo, seems like she’s going to be fierce but pretty much a floater until she gets her footing in the game and then I hope she’s going to be hard to beat. Plus, homegirl is representing my hometown, Staten Island! How could you not root for her?!

Watch Big Brother 14 tonight on CBS at 9PM EST. Have a favorite HouseGuest this season, or want to share your thoughts about the coaches? Let me know in the comments! 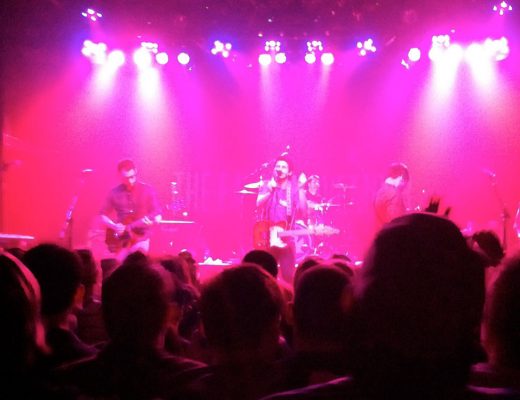