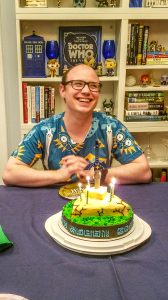 I turned 29 two weeks ago, and I had the best time. My birthday fell on a Friday this year, so I decided to take the day off of work and make the most of it. I’ve been meaning to make a habit out of taking daily walks around my neighborhood to fit in more physical activity and catch up on podcasts and audiobooks.

I let myself sleep in, had a nice breakfast, and then headed out with my favorite podcast ready to go. I had nowhere to be, so I just spent the time really taking in my neighborhood. It took me back to when I’d just go out exploring my hometown as a kid. It’s a really nice feeling to just feel at home even when you’re not physically in your home, and I’m happy to find that my new neighborhood is starting to feel that way.

Afterwards, I went out with friends to see the movie Love, Simon and grab dinner to celebrate. I’m sure others have stated this more eloquently, but it was an amazing experience to sit in the theater with my boyfriend and watch two men share a kiss on screen – and the audience cheered. I actually loved the book the movie was based on, and while I think the movie could have been better overall, it was still a good movie (especially for our world today).

The following day, I threw a party at our apartment. The new Legend of Zelda game for Nintendo Switch, Breath of the Wild, was released about a year prior and I fell in love with it. Andy is really into baking, and he always makes me a birthday cake that is themed (besides being delicious and beautiful). This year, I asked if the theme could be Legend of Zelda/Breath of the Wild, and he was excited for it. But I decided to go overboard and deck out the entire apartment to fit the theme (something we’ve really only done for our Halloween parties).

Plus, we found this place online where you can have custom party plates made with your art on them. So I repurposed the party invitation graphic I made for those. I had wanted to transform our apartment into the land of Hyrule (the setting of the game), and I believe we succeeded! What do you think? 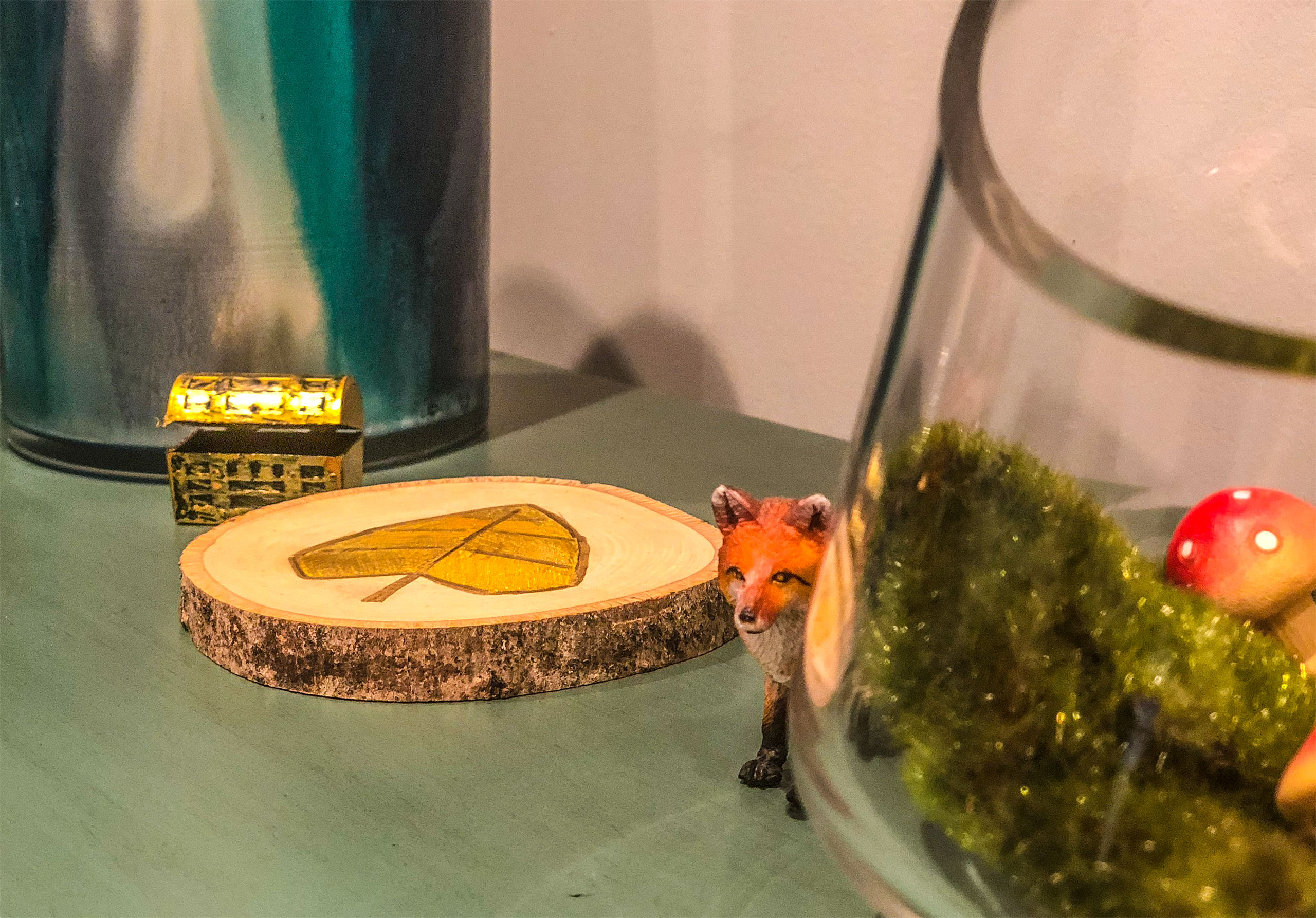 I had bought two Breath of the Wild inspired candles, each with a scent that correlated with a specific area within the kingdom of Hyrule. We also already had a birthday-cake scented candle, so I placed the three in different rooms to evoke a different smell depending on where our guests were: kitchen, living room, or bathroom. 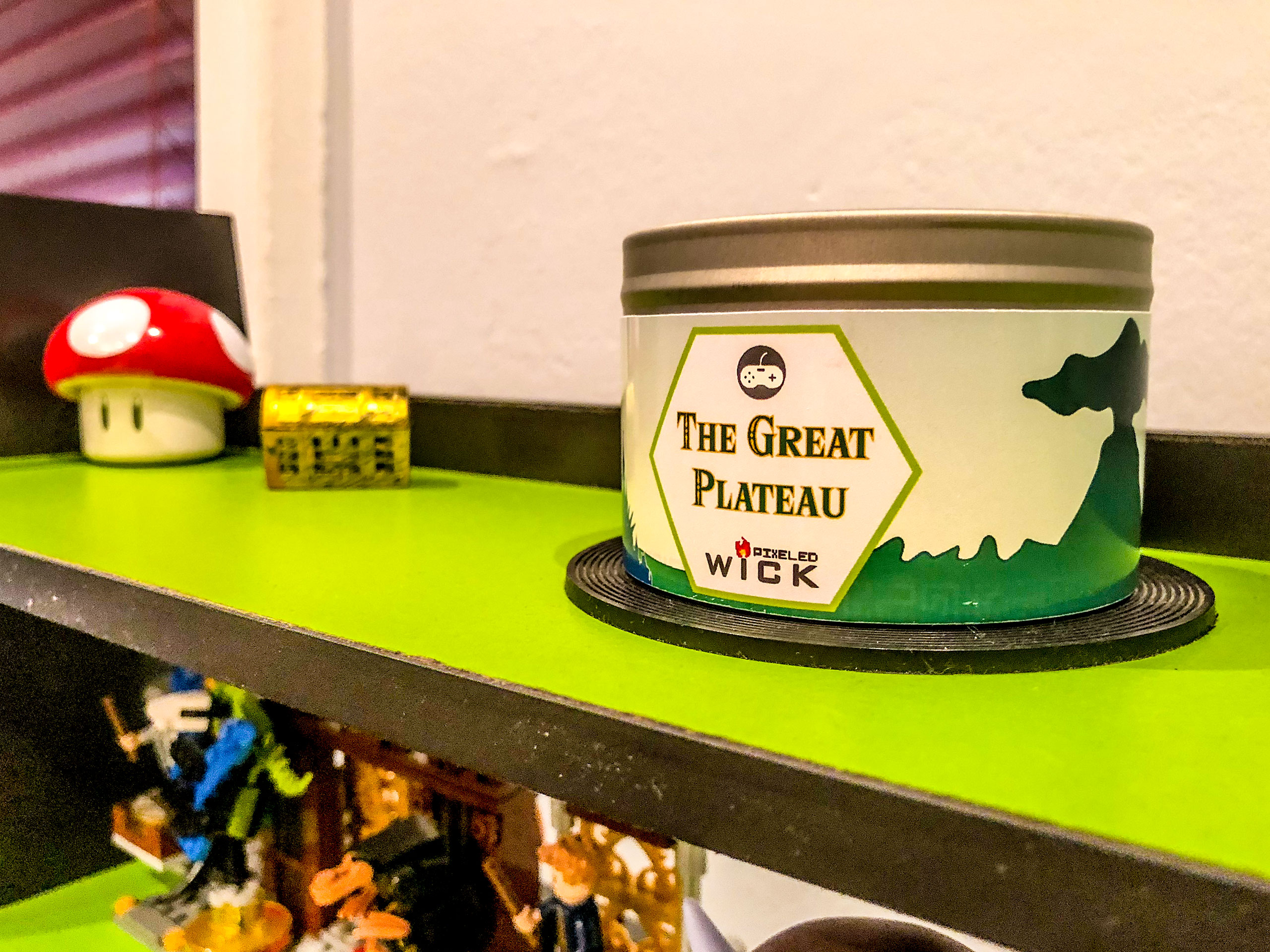 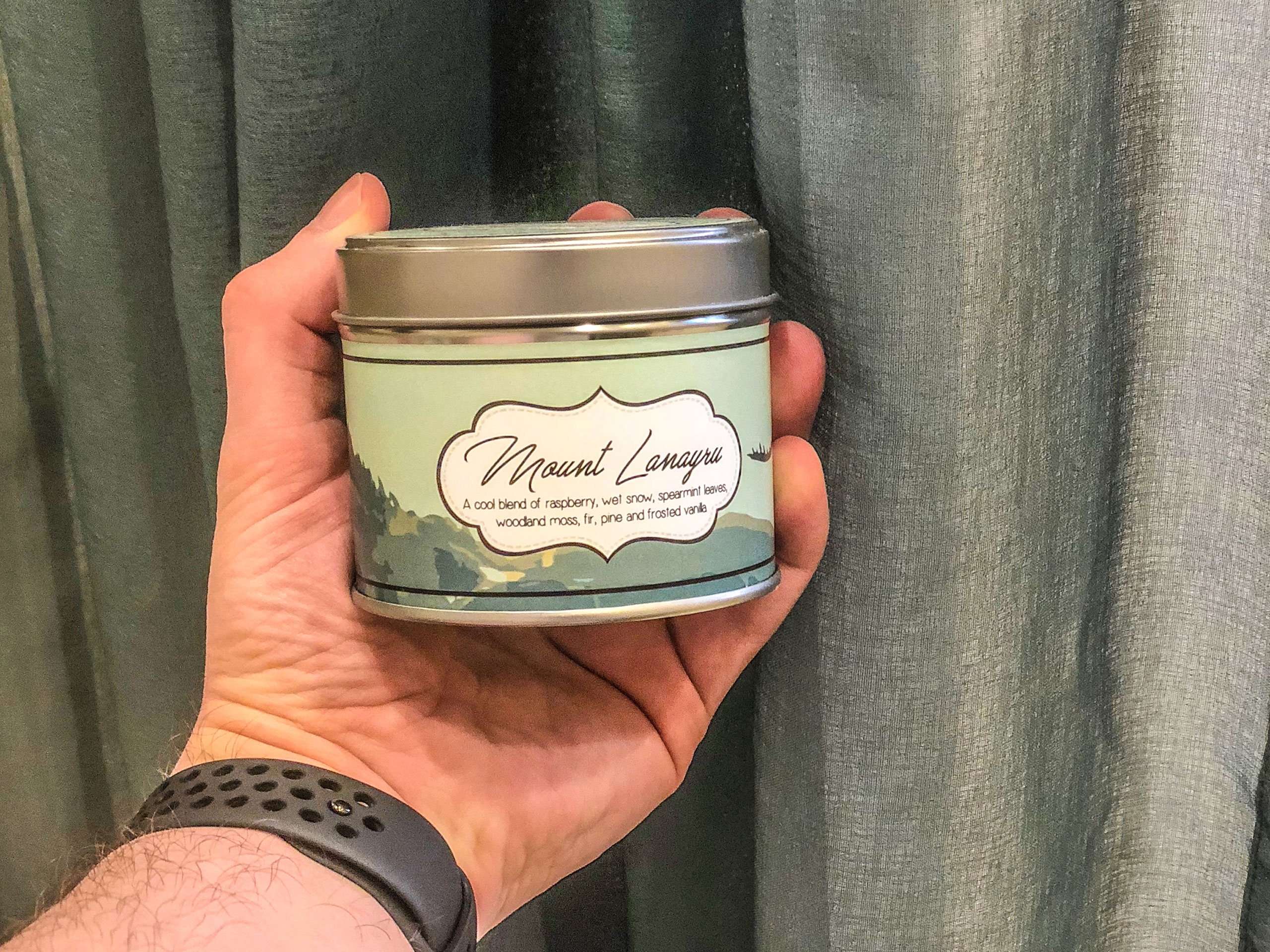 The living room is definitely where you could see that we had fun with the decorations. There’s a forested area within the game, called the Korok Forest, that is home to earthy creatures called the Koroks. They look almost plant-based in nature, and are sort of tricksters in the game. To recreate the forest, we used streamers in different shades of green and brown (but unfortunately didn’t take any photos that show them). 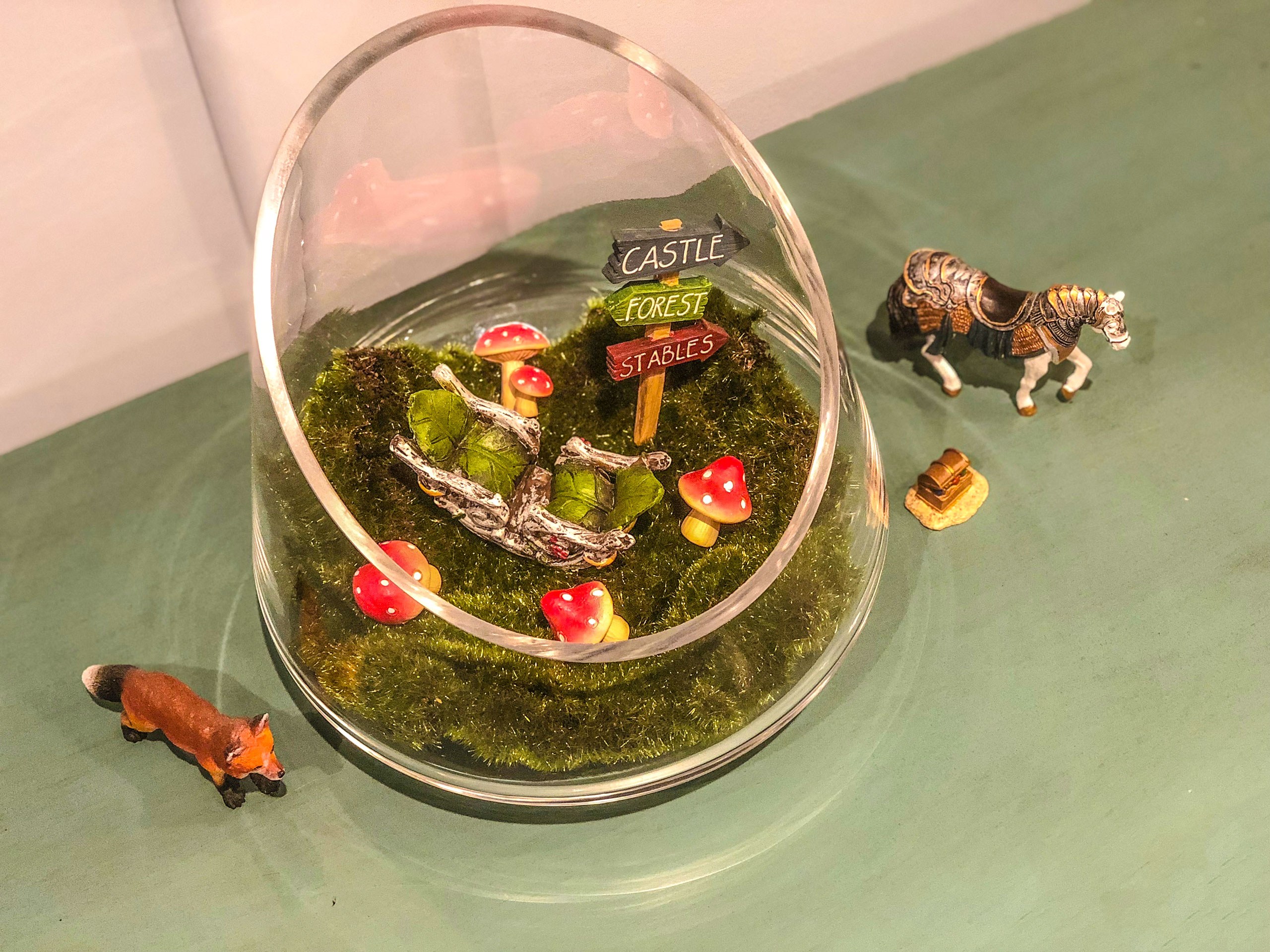 We picked up a few materials from Michael’s to create a little Korok scene in this vase we picked up from HomeGoods years ago. To top it off, we have some other Hyrule- and Nintendo-inspired items scattered throughout the apartment: a few more Korok-related things, some treasure chests, and toy wildlife. It was so fun to see it all come together! 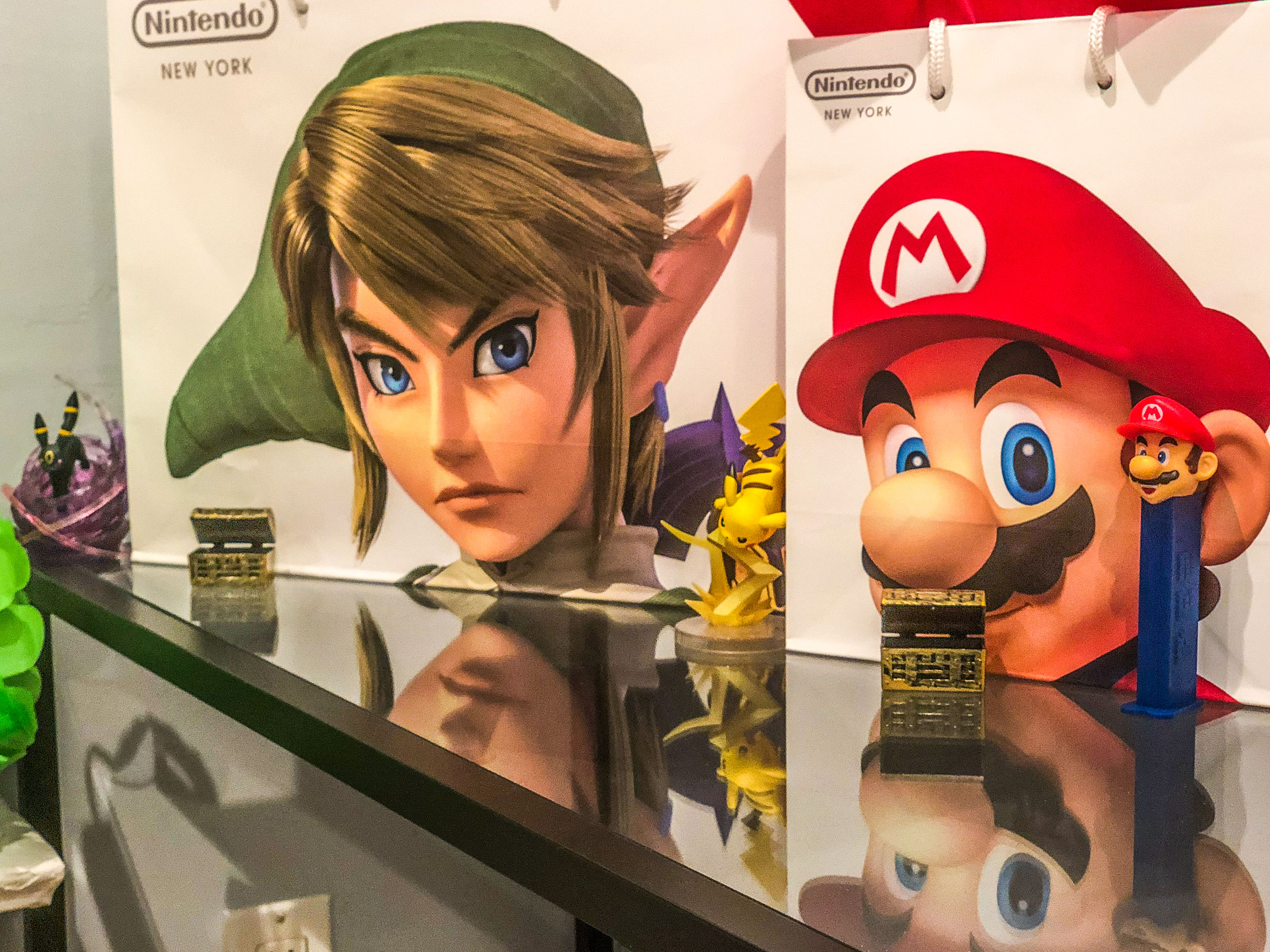 The weekend before, I went to the Nintendo Store in the city, since I had never been and we had wanted to pick up the game 1-2 Switch, also for Nintendo Switch. Before we even got into the store, we saw customers outside with their bags – all designed with Nintendo character faces on the sides. I really wanted the one with Link on it, so thankfully they obliged with one when we asked for it (our small video game purchase only warranted the “Mario”-sized bag).

Here are a few more photos: 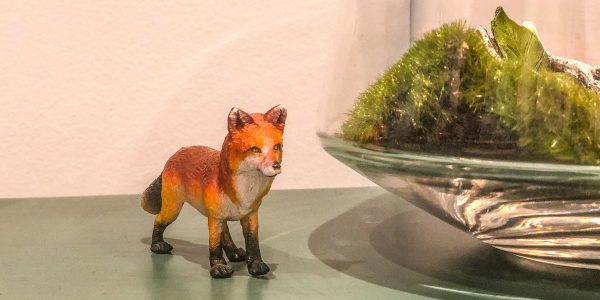 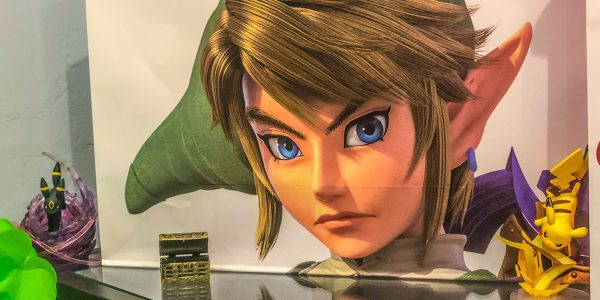 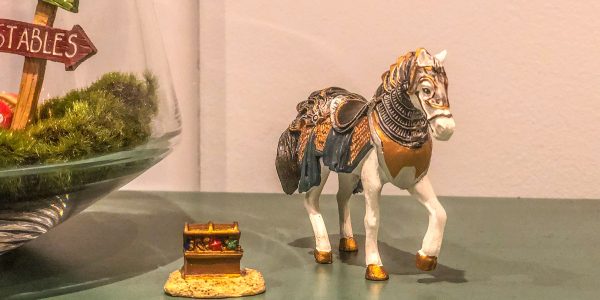 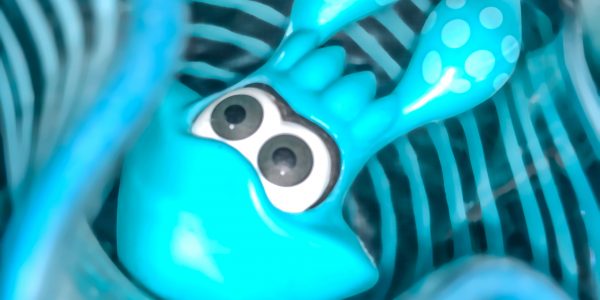 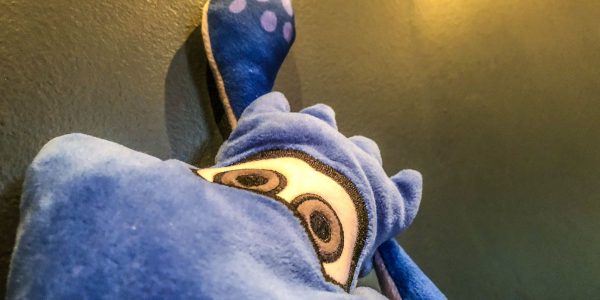 I had the best time! We ended up playing with the Switch system very minimally, and instead played a few board games. I recently received The Voting Game as a gift and highly recommend it. It’s very similar to Cards Against Humanity but you’re provided with scenarios and you vote on which of your teammates fits that scenario (so it’s best to vote with friends you know well). 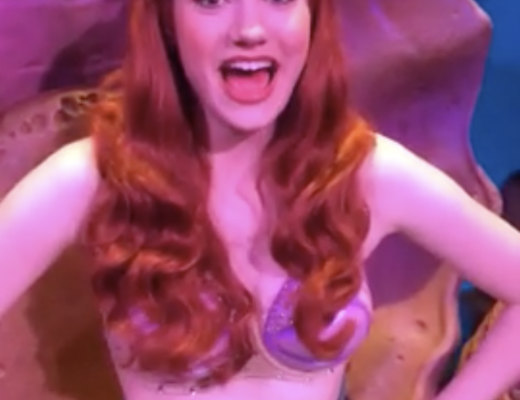