Disney’s getting a little dark. No, I’m not referring to the measles outbreak but rather the screen adaptation of musical Into The Woods.

My parents took Andy and I to see it two weeks ago, and I really enjoyed it. So much so, in fact, that I can’t stop listening to the soundtrack. “On The Steps of the Palace,” available above to stream from Spotify, is sung beautifully by Anna Kendrick and is one of my favorites from the soundtrack.

Having no prior knowledge of the musical might have contributed to my enjoying Disney’s adaptation so much, or so the critics would have me believe. However, I think that Rob Marshall revitalized James Lapine and Stephen Sondheim’s musical for an entirely new audience perfectly.

Let me start off by saying that I’m a big fan of Meryl Streep. My mom and I occasionally have “Meryl Nights” where we share dinner over an old (or new!) DVD starring Streep. So I was excited to see her play a witch and, well, sing. Despite what others seem to think, I like her singing voice and thought it was one of the best parts of Mamma Mia! I was not disappointed by her performance – as an actress and a singer – in this. Her songs are actually played on my Spotify much more than Anna Kendrick’s.

I was captivated by the entire cast, with the glaring exception of Johnny Depp. His song is my least favorite (I usually skip it), and his performance was boring. The child molestation theme of the performance, while sufficiently creepy and potentially construed from Sondheim’s lyrics, clashes with the entire feel of the film. Depp’s screen time is so minimal that it is forgettable, and more importantly, over before you know it.

It also must be acknowledged that Daniel Huttlestone was fantastic in this. He won audiences over with his performance in Les Misérables, and he shined in Into The Woods as well. Lilla Crawford was great, too, though I couldn’t put my finger on why I found her a little annoying until I looked her up after the film. She was the title role in Broadway’s revival of Annie a few years back. Annie, like any of the little girls that play the Welch’s girls are mind-numbingly irritating.

The film itself, when stripped of the fantasy environment, is an exploration of the desires and the demons we find in adulthood. Disney, of course, was really the only choice for such a story. However, the dark themes of the original show were not left in the dark in this adaptation: we explore death, mutilation, stealing, and infidelity. But no fear, we also witness love and have comedic elements such as the narcissistic princes.

In terms of the story, well-known stereotypes and fairytales collide: Cinderella, Jack and the Beanstalk, Rapunzel, and more. It’s at the very least, a fun outing, but I believe that a lot of people would be interested in this music that might win Emily Blunt her second Golden Globe (it’s her fourth nomination)!

Find tickets at Fandango. And if seeing it at a Regal Entertainment Group theater, definitely join their Crown Club: it’s 100% worth it. 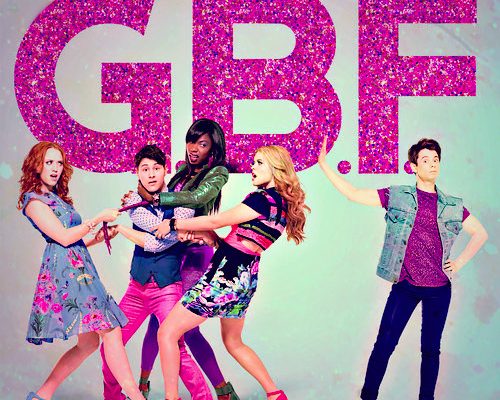