Quite awhile back I received a DVD from The Karpel Group after I had won the TLA Releasing contest for the release of their DVD Jitters (directed by Baldvin Z). Unfortunately, after starting a new part time job and needing to attend a few events I wasn’t able to put up my review as quickly as I would have preferred. Sorry for the delay, but here it is:

I remember being very excited that I had won this DVD because it seemed like a great film, and I am already a huge fan of TLA Releasing’s catalog. That night I crawled into bed after setting the movie up in my laptop and popped on my V-Moda headphones (a standard protocol for me).

The film’s protagonist, Gabríel (Atli Oskar Fjalarsson), is introduced to us when he is on a study abroad trip to Manchester, England. He and his roommate, Markús (Haraldur Ari Stefánsson) hit it off almost immediately and their relationship is scrutinized by friends when they return to Iceland after the trip. It appears as if both boys are uncertain about their relationship as well, and it’s interesting to see the deductions they both make.

However, Jitters is not merely just a story of confused adolescents coming to terms with their sexualities. In fact, I was pleasantly surprised by the many different thoughts and storylines covered in this film. For instance, two of Gabríel’s friends, Stella (Hreindís Ylva Garðarsdóttir) and Gréta (Birna Rún Eiríksdóttir) were perfect in their roles.

Actually, I was really taken aback by the acting ability of the entire cast. Generally gay-themed films are much more comedic and even if they are well done sometimes come across as amateurish, but that was not the case with Jitters. For instance, there were a few times where both Birna Rún Eiríksdóttir and Hreindís Ylva Garðarsdóttir stole the show. And on that thought… Lilja Guðrún Þorvaldsdóttir, who played Guðbjörg amma, was spot-on as Stella’s worried and paranoid grandmother. She delivered quite a heartbreaking performance which I’m sure I will never forget.

Jitters is a story of love, friendship, loss, misunderstanding, and above all growing up. I highly recommend you see it. Some parts did seem to drag on a little, but overall I really enjoyed this film and spent a good deal of time thinking about it afterwards.

Jitters is available on DVD or streaming video from TLA Video.

You Miss Me Yet? 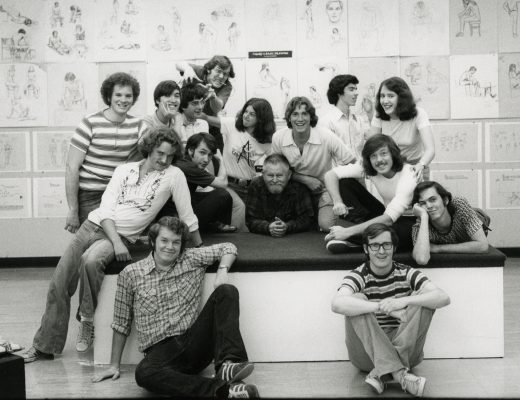